The authoritative collection of source documents on the Holocaust

The 16-volume PMJ series of historical documents in English translation provides unique insights into the persecution and murder of the Jews under Nazi rule throughout Europe.
Explore documents

translated into English from 21 languages.

and private collections worldwide represented in the series.

covering the German Reich and the whole of Nazi-dominated Europe.

of victims, perpetrators, and third parties, plus annotations providing context for the people and events mentioned.

detailing the territories in Europe under Nazi influence.

‘This series helps us to know, sense, and understand the horror and suffering that Germans inflicted on Jews throughout Europe – from Norway to Greece, and from France to Russia.’ 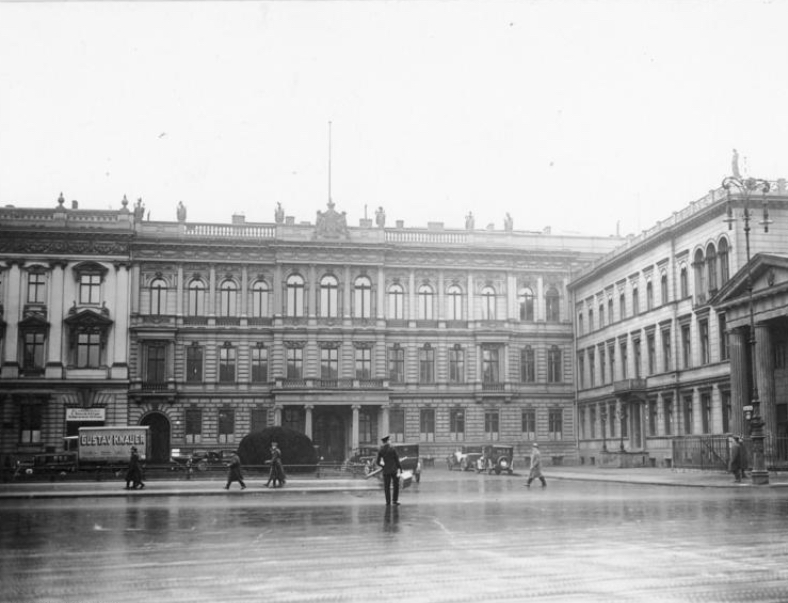 Documents in the spotlight

What makes the PMJ series so special?

See for yourself. Each month, our Spotlight section showcases one translated document and a scan of the corresponding original  to give you a sense of what the PMJ series offers. Check back often for new content and more insights.

On 2 November 1939 the Emigration Advice Service of the Jewish Economic Aid Association in Dresden asks the American Joint Distribution Committee to speed up the issuing of visas by the US consulate general in Berlin1JDC Archives, AR 33/44, 658. This document has been translated from German

Letter (via airmail) from the Emigration Advice Service of the Jewish Economic Aid Association in Dresden,2The Jewish Economic Aid Association (Jüdische Wirtschaftshilfe) was founded in 1933 in response to the economic marginalization of the Jewish population in Germany. It concentrated primarily on supporting German Jews by means of advice, retraining, and recruitment. Alongside the Cen- tral Office of Jewish Economic Aid in Berlin, branches were set up in all the larger municipalities. unsigned, to the American Jewish Joint Distribution Committee, New York, dated 2 November 1939 (copy)3The original contains handwritten annotations.

Re: issuing of visas at the American consulate general in Berlin.

The process of checking affidavits by the consulate general in Berlin gives us cause to write to you today.

The difficulties that the consulate has been creating for visa applicants for quite some time now are increasing daily. There is barely a single case in which the petitioner is issued with a visa in Berlin without there being some complaint or other. Either [the sum stated in] the affidavit is not high enough, or the relation of the issuer of the affidavit to the recipient is not close enough (cousins do not suffice), or the issuer of the affidavit is too old. In all these cases, the petitioner is first denied the visa and either they must provide a supplementary affidavit or a security deposit is demanded of $1,000 upwards per person. In one case it was even required that the American relative provide a will favouring the visa applicant, and when this was presented to the consulate, having been obtained with great difficulty, it was rejected, because the will was not certified as irrevocable. In one case an American friend of a gentleman from here, whose affidavit from a relative was not high enough, provided a passbook for the sum of $1,250, with the stipulation that when he reached America he could withdraw his monthly expenses from the credit. This fact was confirmed to the consulate general in Berlin by the bank at which the passbook was deposited. The Consul General4Dr Raymond Herman Geist (1885–1955), diplomat; US consul from 1924 to 1929 in Alexandria and from 1929 to 1939 in Berlin, where he was acting consul general from 1937 to 1939 and first ambassadorial secretary from 1938 to 1939; worked at the US State Department in Washington from 1940 to 1945; ambassadorial secretary in Mexico City from 1945 to 1948; awarded the Federal Cross of Merit (Bundesverdienstkreuz) in 1954. rejected this measure with the stipulation that $1,250 should be deposited under the name of the emigrant and the authorization be issued to him allowing him to withdraw a monthly sum.

This handling of matters by the American consulate general in Berlin creates such difficulties that emigration from here will become illusory if these measures continue. It requires so much work and such psychological pressure for those seeking help that we cannot simply remain silent, if we are to avoid being jointly responsible for these methods.

For this reason we have described to you the above, and politely request that you do everything in your power to put an end to this absurd business.5Immigration visas for the USA were issued only by the consulates in Berlin, Hamburg, Stuttgart, and, from 1938, also Vienna. Applicants had to present a valid passport and a police certificate as well as proof of financial security (affidavit) once in the USA. The decision on whether an affidavit was acceptable was at the discretion of the consuls. After 1933 they tended towards a restrictive interpretation of the regulations and often accepted affidavits only from first-degree relatives. Even if all the required documents had been presented, it took time for visas to be issued. When the war started, the entry conditions were made stricter still, on the grounds of security considerations, such as fear of German spies.

With the highest esteem6It is not known if the letter received a reply. 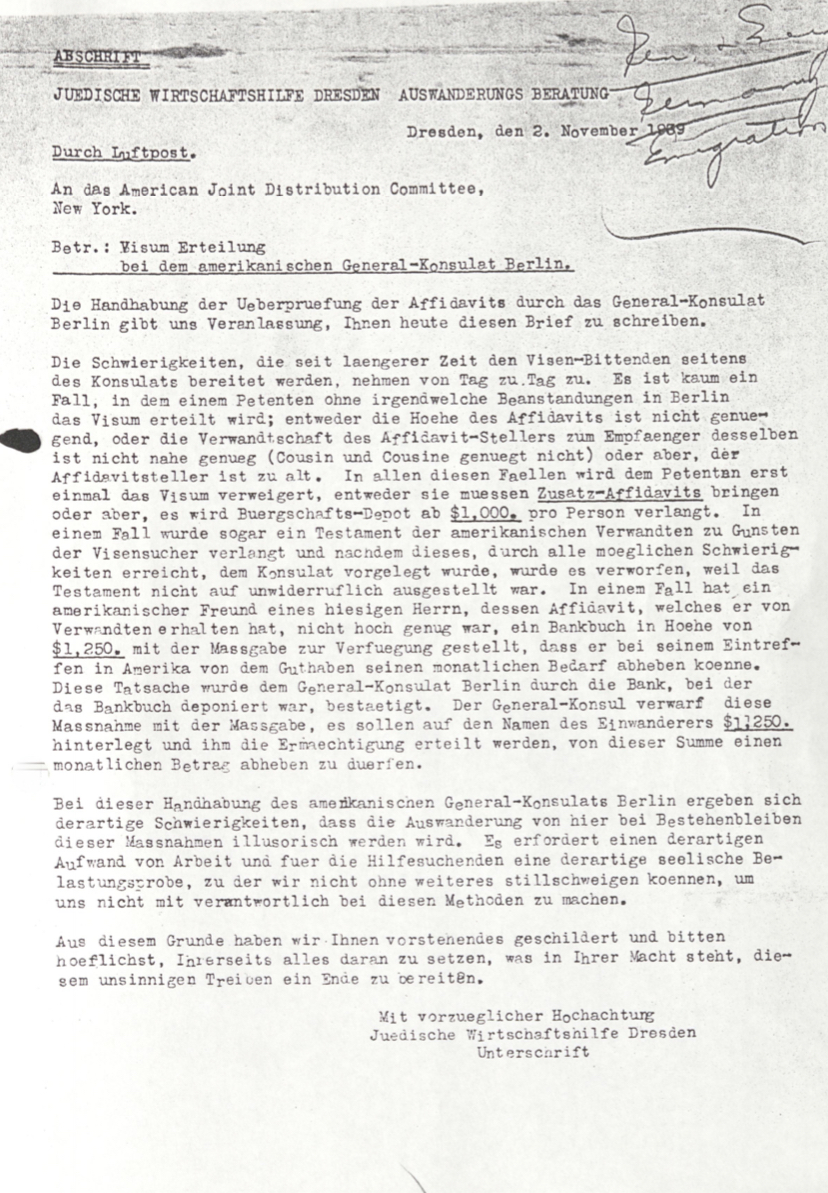 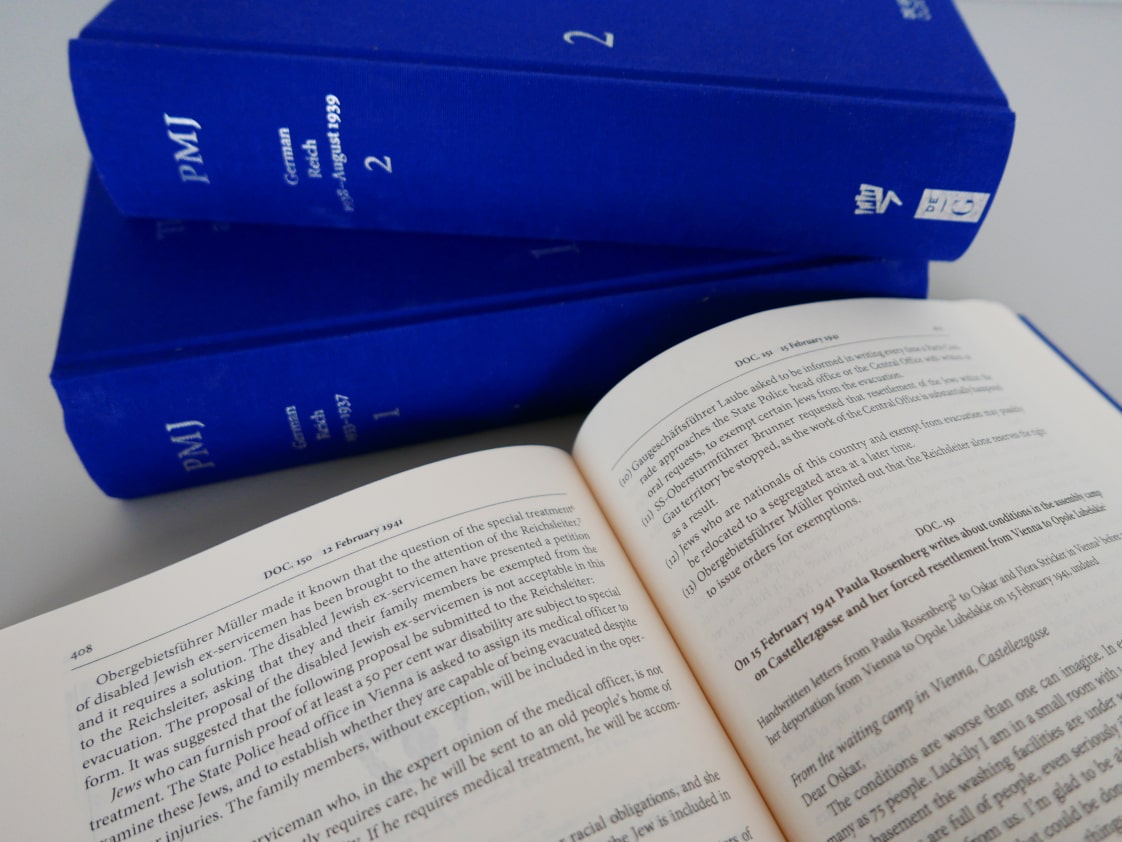 Get to know our volumes

The PMJ volumes contain thousands of translated historical source documents relating to the persecution and murder of the European Jews by the Nazis between 1933 and 1945.

Each volume covers a specific geographical area, time frame, and set of languages ranging from German, French, and Dutch to Polish, Yiddish, and Russian. To find the relevant volume for your research, visit our Volumes page to download the lists of documents and specialist maps that have been produced for the PMJ series. 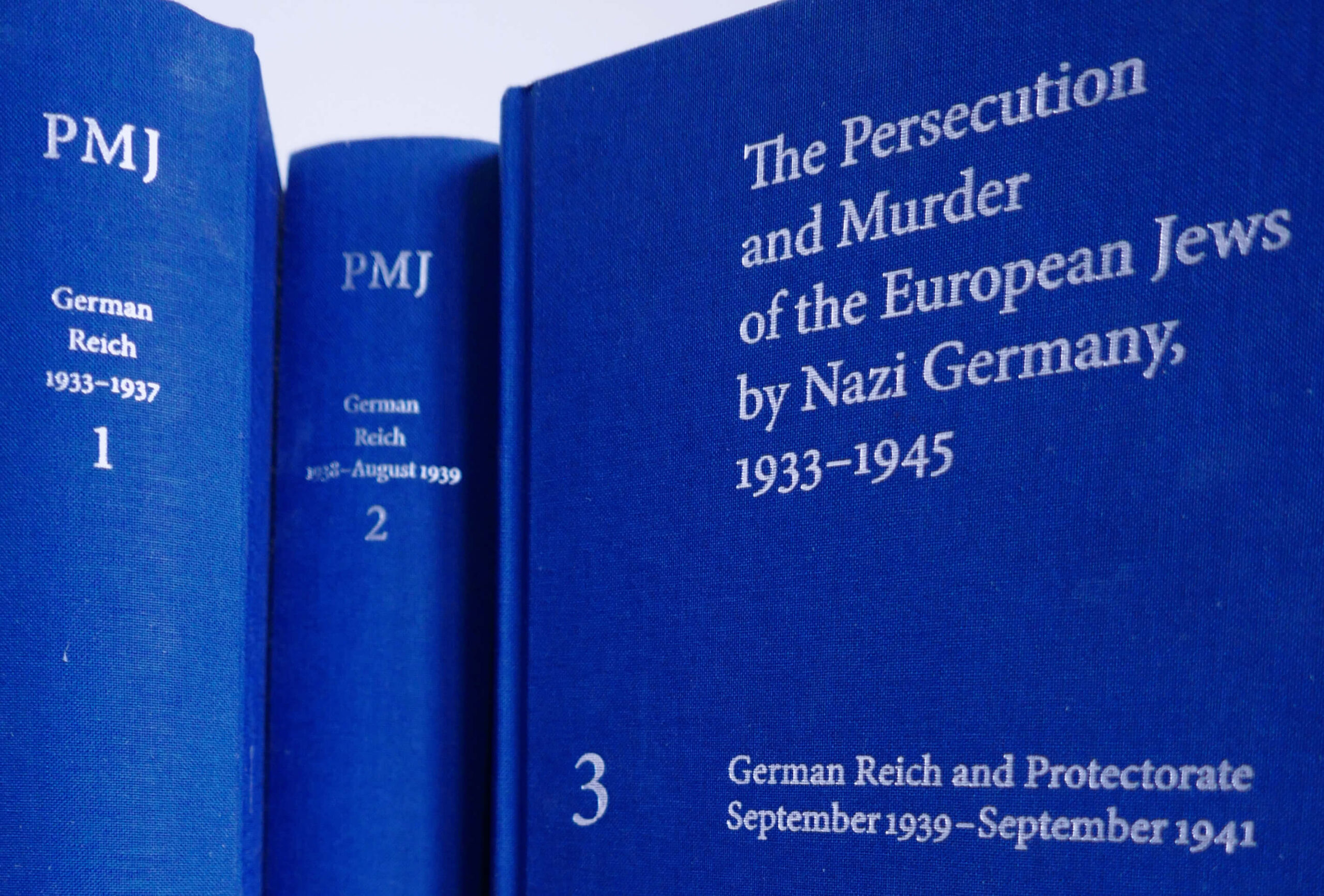 The PMJ series is published by De Gruyter Oldenbourg and available for purchase. You have the opportunity to order your own copy of individual volumes, available in hardback and e-book versions. Visit our Purchase page to learn more.