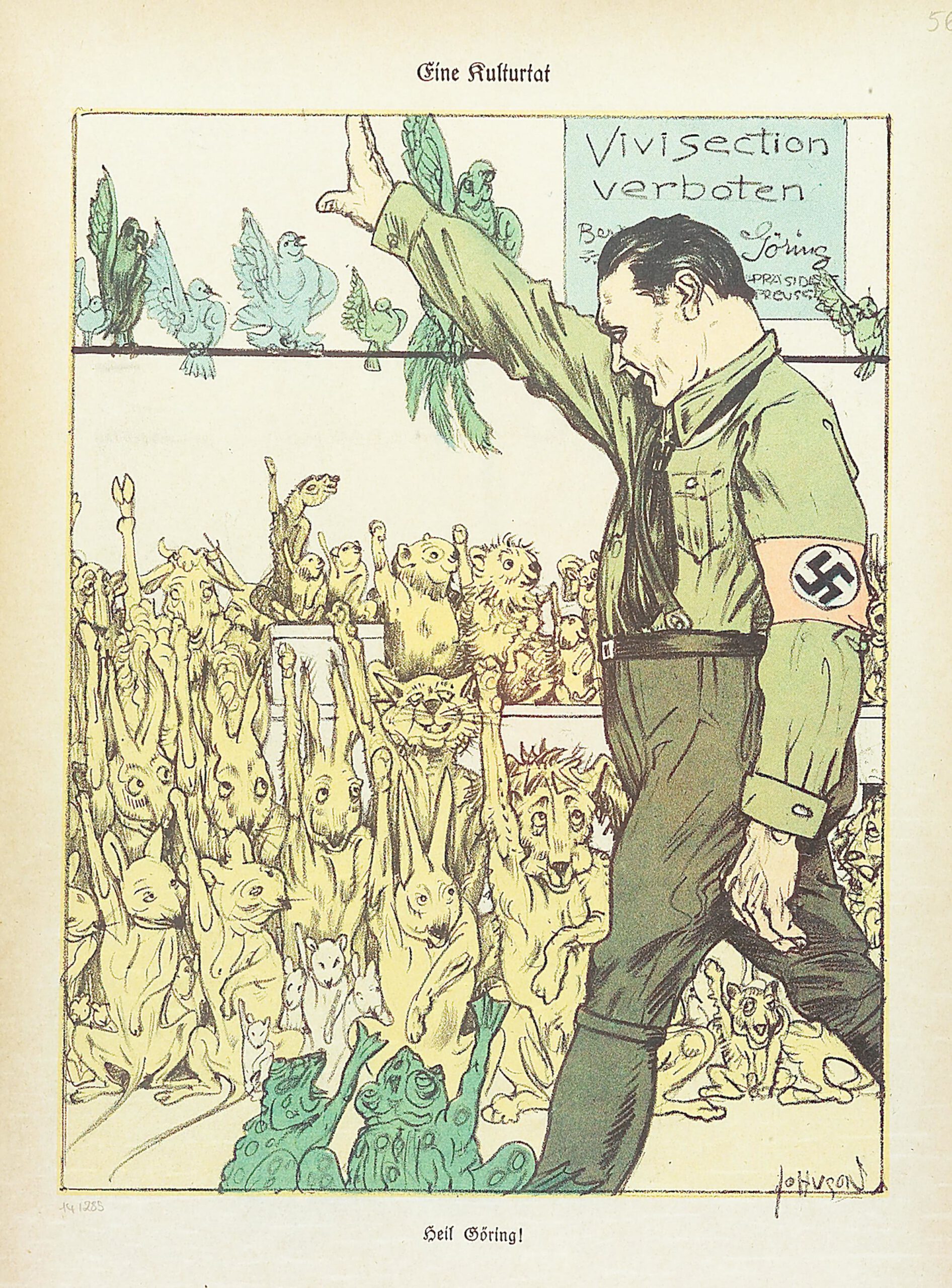 An image from the satirical magazine Kladderadatsch depicting animals saluting Hermann Göring who introduced a ban on vivisection, dated September 1933.

Within one year of coming to power, top Nazi officials had introduced various animal welfare measures that included bans on vivisection and animal slaughter without anaesthetic. People who violated these laws were even threatened with internment in a concentration camp. These laws and decrees, stipulating that animals should be protected for their own sake, would remain in force nearly unchanged for some 30 years after 1945 in the Federal Republic of Germany.

An examination of policies towards animals not only offers unusual insights into daily life under National Socialism, but also sheds light on antisemitic discrimination and exclusion. The PMJ documents presented here reveal, for example, how Nazi policies made kosher slaughtering difficult or impossible and went hand in hand with other measures to exclude Jews from society by denying them membership in organizations for animal breeders.

Sample documents
Volume 1  –  document 72
On 23 August 1933 Johannes Schräpel informs the Reich Minister of the Interior about the Gleichschaltung of the Association of Budgerigar Enthusiasts
‘I hereby inform you that the Association of Budgerigar Enthusiasts began the process of Gleichschaltung in accordance with the wishes of the national government.’
View document
Volume 1  –  document 275
Hermann Lesser writes to the Reich Association of German Small-Animal Breeders on 27 April 1937 to propose the establishment of a Jewish dog breeders’ organization
‘Non-Aryan members were urged to resign from the Reich Kennel Club with effect from 1 January 1937.’
View document
Volume 1  –  document 73
Special session of the board of directors of the Jewish Community of Berlin on 24 August 1933 to ensure kosher food in spite of the ban on shechitah
‘RM 5,000 should be made available for testing a shechitah device that conforms equally to the legal regulations and the ritual ones.’
View document
Don’t stop!
Keep reading by purchasing a PMJ volume for complete access to all the documents.
Purchase a volume
Explore more