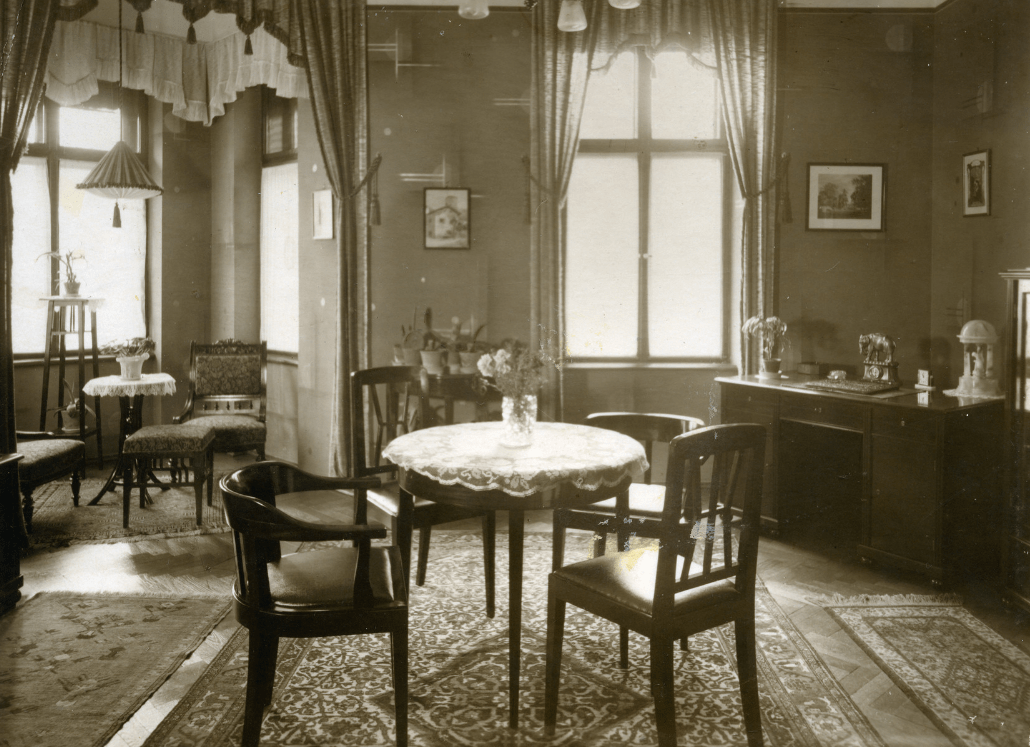 Nazi leaders sought to ensure support among the German population for a new war by preventing any significant decrease in the standard of living. However, this aim stood at odds with expensive rearmament efforts and an allocation of economic resources for war. The expropriation of the Jewish population in the Reich was thus justified on grounds of wartime economic necessity, as was the eviction of Jews from their homes, which were then reassigned to non-Jews. The exclusion of Jews from economic life intensified in late 1938 with legalized forcible confiscation and ‘Aryanization’ of Jewish businesses and property. Nazi leaders also made early rudimentary efforts at this time to concentrate Jews in specific districts and buildings (‘Jew houses’) as a complementary step in pushing Jews to the margins of society before settling upon a ‘solution’ to the ‘Jewish question’.

The PMJ documents made available here illuminate these issues from two sides: Nazi officials in the Reich and Nazi-backed authorities in areas of German influence or occupation on the one hand, and voices of protest from those affected by the policies on the other. They also chart the spread and continued development of these policies over several years.

Sample documents
Volume 2  –  document 96
Meeting in the Reich Ministry of Justice on 22 September 1938 regarding the abolition of tenant protection laws for Jews, and the impoverishment and possible ghettoization of the Jews
‘Local courts have already denied protection to Jewish tenants on the grounds that simply living in a Jewish household is itself a cause of great disturbance to other tenants and the termination of these households’ leases is therefore acceptable.’
View document
Volume 2  –  document 101
On 6 October 1938 Albert Speer asks the Reich Ministry of Economics to support the mass termination of the leases of Jewish tenants in Berlin
‘With my proposed resettlement of the Jewish tenants of large apartments, I would be able to save the public purse the amount of around 40 million Reichsmarks.’
View document
Volume 3  –  document 16
On 2 October 1939 the head of the local NSDAP branch, Emil Rothleitner, argues the case for deporting all Jews from Vienna
‘It is good news that 150 homes have become available for Aryans, but very bad news that the overall number of Jews has not fallen. Because this is the crux of the matter.’
View document
Volume 3  –  document 278
On 10 June 1940 the Oberlandrat in Jitschin sets out measures to evict Jews from their apartments and to concentrate them in separate residential areas
‘You are to report to me on how many formerly Jewish apartments it has been possible to vacate. I expect you to avoid being influenced by false sentimentality with regard to the measures I have ordered.’
View document
Volume 5  –  document 131
In late April 1942 an illegal pamphlet protests against the Aryanization of Dutch economic life
‘The Germans are stealing more than half a billion guilders in Jewish capital in our country!’
View document
Volume 5  –  document 210
Die Judenfrage, 31 May 1941: article on the expropriation of the Jews in Luxembourg and the Aryanization of the economy
‘No matter the type of plunder the Jews had scraped together over all those years, it will now be used for volkisch and social purposes for the benefit of the German population in the territory of Luxembourg.’
View document
Volume 5  –  document 273
On 22 July 1941 the Vichy government enacts the law on the Aryanization of Jewish property in the occupied and unoccupied zones of France
‘Any sale of a business, real estate, or any property whatsoever, placed under temporary administration, with the exception of securities sold on the stock exchange, shall be valid only upon approval by the Commissioner General for Jewish Affairs.’
View document
Don’t stop!
Keep reading by purchasing a PMJ volume for complete access to all the documents.
Purchase a volume
Explore more