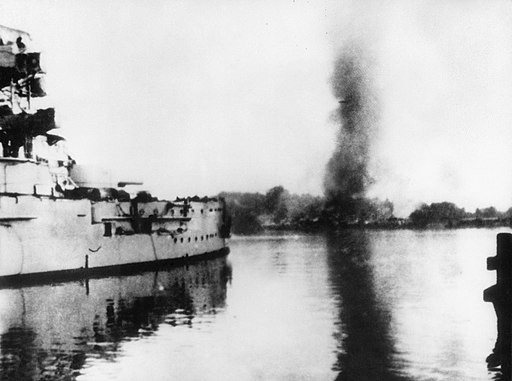 German troops invaded Poland on 1 September 1939. Two days later, Britain and France declared war on Nazi Germany. This marked the start of the Second World War, in which many tens of millions of people would lose their lives to armed conflict, disease, starvation, and genocide. The PMJ series includes a variety of responses from individuals – ranging from Jewish victims of Nazism to Jewish émigrés and non-Jewish civilians – who reflect on what they believe will ensue as a result of war.

Sample documents
Volume 3  –  document 1
The writer Walter Tausk records his experiences in Breslau on 1 September 1939, the day the war broke out
‘A speech by ‘him’ broadcast from the Reichstag can be heard over the loudspeaker nearby. The voice: gurgling, rasping, choking, droning, whining, beseeching, arousing sympathy, and then back to ranting, only to choke again soon after. And of course, everything is the Poles’ fault.’
View document
Volume 3  –  document 2
On 1 September 1939 Emilie Braach from Frankfurt writes to her émigré daughter in Britain, describing how everyday life is changing with the start of war
‘Today? The war has started.’
View document
Volume 3  –  document 3
On 2 and 3 September 1939 the historian Arnold Berney, an émigré in Jerusalem, records his gloomy prognoses on the outbreak of war
‘Like a giant barely awakened, calamity is stretching itself, roaring from its oft-interrupted slumber.’
View document
Volume 3  –  document 11
Aufbau, 15 September 1939: article on the significance of this war for the future of the Jews
‘Even if the Jews have nothing to do with this war, their fate depends on its outcome. No one can or will escape this war.’
View document
Don’t stop!
Keep reading by purchasing a PMJ volume for complete access to all the documents.
Purchase a volume
Explore more