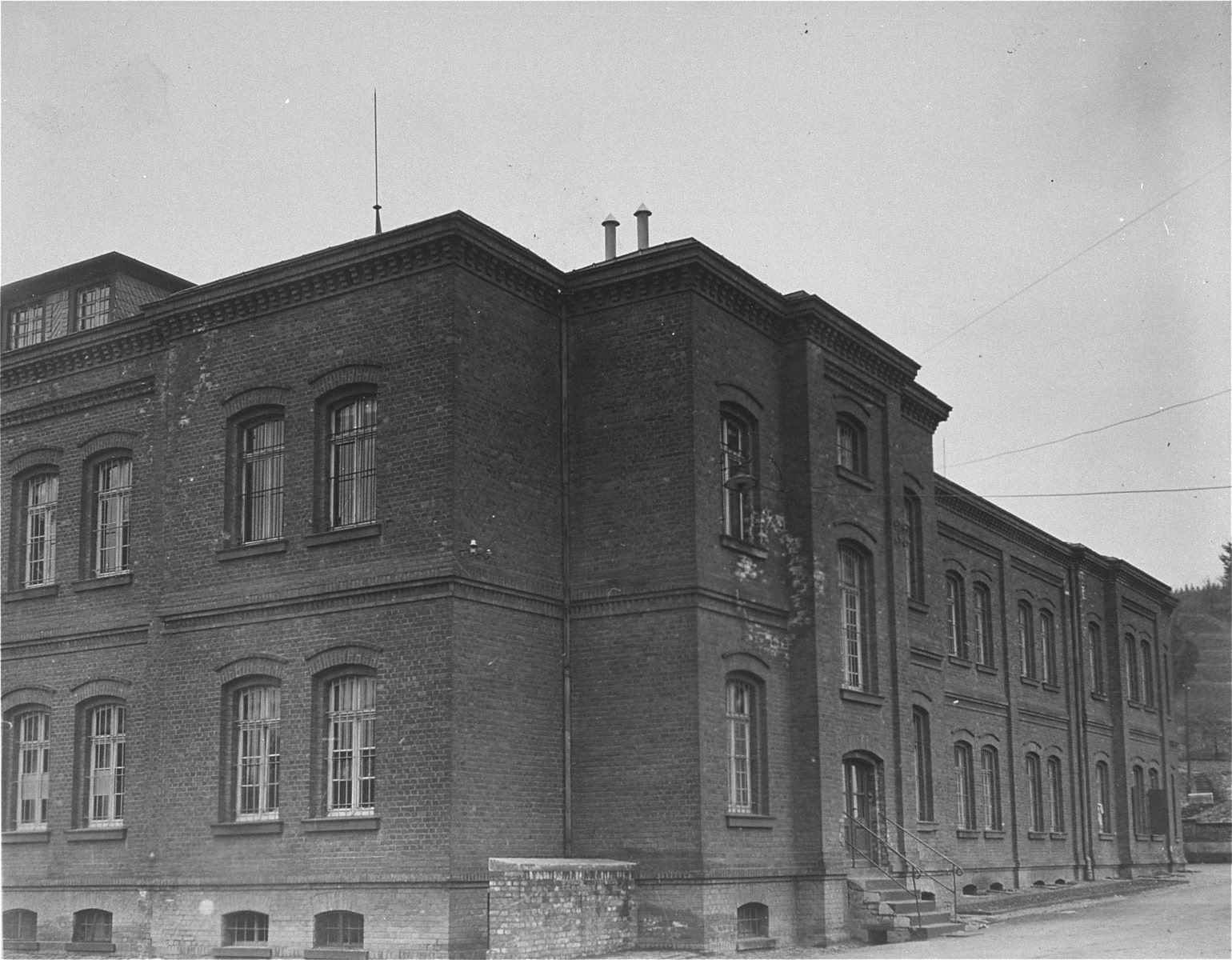 View of the Hadamar Institute, a psychiatric facility where thousands of individuals were murdered as part of a Nazi euthanasia programme, including children from welfare institutions who were considered ‘half-Jewish’. The image was taken by a US military photographer shortly after liberation in April 1945. Photo credit: United States Holocaust Memorial Museum, courtesy of Rosanne Bass Fulton

Between 1939 and 1945, hundreds of thousands of persons with psychiatric or physical disabilities were killed in Nazi Germany and its annexed and occupied territories. The basis of these killings was often the eugenic notion of Volksgesundheit – i.e. the health or social hygiene of a racially defined community of ‘Aryan’ Germans – which promoted a hierarchy of human value that assigned least worth to persons with infirmities, disabilities, or genetic irregularities. While physicians from all medical disciplines embraced this mindset, psychiatrists in particular played a crucial role in regime-sponsored euthanasia that involved the murder of victims by gas, starvation, or lethal injection.

The label of ‘racial outsiders’ imposed on Jews by the dictatorship exacerbated an already precarious situation for Jewish psychiatric patients. The PMJ documents reveal how such patients were segregated from ‘Aryans’ in clinics, faced the loss of carers and helpers who were prohibited from working for Jews, or were murdered as a result of Nazi brutality and euthanasia policies.

Sample documents
Volume 2  –  document 217
On 30 December 1938 Cornelius von Berenberg-Gossler describes the funeral service for his business partner, who died in a psychiatric hospital
‘At midday in the crematorium in Ohlsdorf, funeral service for Percy Hamberg, who died as a result of the Nazis’ brutalities.’
View document
Volume 3  –  document 140
On 27 January 1941 the board of the Reich Association of Jews in Germany discusses assistance for non-Aryan Christians and the transfer of Jewish psychiatric patients to assembly centres
‘The Sayn Jewish psychiatric hospital has sole responsibility for mentally ill Jews who were admitted to psychiatric hospitals after 1 October 1940 or who are now newly admitted.’
View document
Volume 3  –  document 173
On 1 April 1941 Willy Cohn notes in his diary that he has heard of the murder of Jewish psychiatric patients in Chełm, near Lublin
‘I saw an elderly Jew paying an invoice from the mental asylum in Chelm near Lublin. That is the institution where, it is said, all the Jewish mental patients are killed.’
View document
Volume 3  –  document 201
On 13 August 1941 the Reich Association of Jews in Germany notifies its district offices that it must pay for the care and burial of the Jewish patients at the psychiatric hospital in Chełm
‘It has been decided that we must pay the costs of the care and burial of mentally ill Jews who have been transferred to the Cholm mental asylum from the Old Reich, including the Sudetenland.’
View document
Volume 3  –  document 262
On 27 September 1939 the Regional Psychiatric Hospital in Jihlava provides notification of its measures against Jewish patients
‘The undersigned directorate hereby states that it has successfully separated non-Aryan patients here at the hospital.’
View document
Volume 5  –  document 100
On 5 November 1941 Baruch Wagenaar asks to be allowed to retain his mentally disabled daughter’s non-Jewish carer
‘After much difficulty we finally succeeded in finding this suitable companion for our daughter, and the patient has grown very attached to her over time.’
View document
Don’t stop!
Keep reading by purchasing a PMJ volume for complete access to all the documents.
Purchase a volume
Explore more