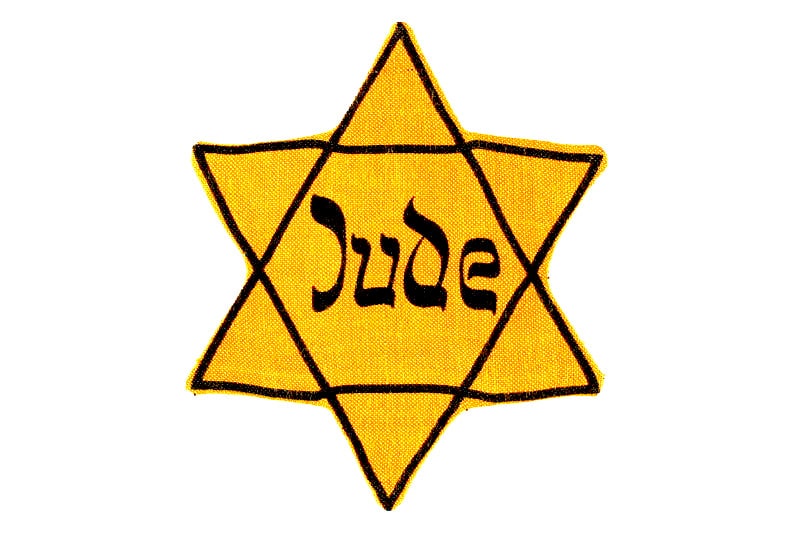 A cloth star that nine-year-old Klaus Zwilsky in Berlin was forced to wear on his clothing from September 1941. The word ‘Jew’ appears in German in the centre. Photo credit: United States Holocaust Memorial Museum

Nazi propaganda minister Joseph Goebbels first proposed introducing a distinguishing mark for German Jews in May 1938, although the idea was not immediately pursued. While identifying badges for Jews were implemented by German authorities in some towns in Poland after the German invasion in September 1939 and in the Soviet Union after the German invasion in June 1941, a decree stipulating that all Jews in the Reich and the Protectorate aged six years or older had to wear a yellow star was issued by Security Police chief Reinhard Heydrich only on 1 September 1941.

The yellow star served several Nazi objectives: to further stigmatize Jews, to segregate them from society, to control their movements, and ultimately to facilitate their deportation. The PMJ documents presented here shed light on the badge from multiple angles, including the wording of the actual police regulation, logistical concerns of some Nazi officials, responses of people forced to wear the yellow star, and words of solidarity from the Czechoslovak government in exile for Jews in the Protectorate.